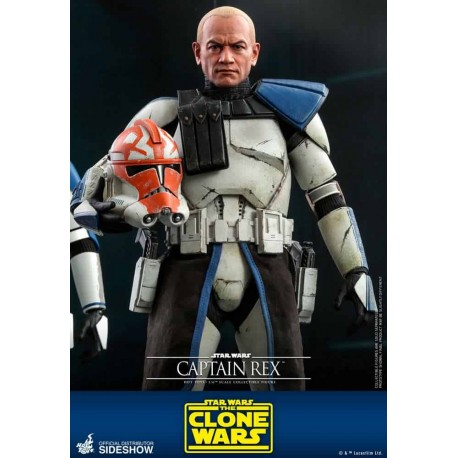 Clone Captain Rex served the Republic during the Clone Wars, often taking orders from Anakin Skywalker and Ahsoka Tano. He viewed military service as an honor, and he always completed his mission. Fond of using two blaster pistols at the same time, Rex customized his armor with distinctive blue markings. His loyalty to the Republic and his Jedi Generals was absolute, but even this dedicated veteran soldier found himself plagued by doubts as the Clone Wars claimed more lives and brought ruin to more worlds.